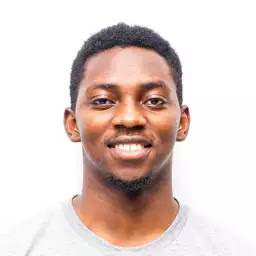 When I first started this new chapter on The Eféctive Times over a year ago, I never imagined that I would be interviewing the Nadayar Enegesi; a man of multiple talents and skills sewn into the very fabric of his highly entrepreneurial DNA. But here we are.

In speaking with him, it was clear that his success was certainly not an accident but one that was the perfect combination of grit and serendipity. These are important factors, especially when dealing with the unforgiving and harsh realities of the business landscape in Nigeria.

In 2019, after leaving Andela, Enegesi co-founded ‘Eden Life’ app with Prosper Otemuyiwa and Silm Momoh, venturing into the domiciliary sector. The app allows users to have an on-demand concierge service where they can book for assistance depending on their domestic requirements. As it stands, Eden’s services includes housekeeping, food delivery, laundry and personalised gifts. Set up as a subscription business model, for as little as ₦20,000 (£38) a month, customers can be afforded the luxury of not having to worry about doing chores.

The most conventional way that people obtain domestic help or as the Yoruba call it ‘omo odo’ is by usually hiring a (young) impoverished individual. An estimated 200,000 people are a part of this economy. This often leads to complications when there is no standard process of regulation.

We must be honest with ourselves - as Nigerians we do not have the best customer service. Nigerian vendors are notorious for compromising on quality of their products/services and tend to lack great interpersonal communication when dealing with customers. Enegesi having noticed the opportunity in fixing this problem says, “We know domestic services in the continent are broken. It is very difficult to get great service – we want to make it easy for people to get great service.”

The start-up’s demographic are upper middle-class Nigerian professionals who account for 2.5 million of the population. After a long day’s work and going through what feels like the Kamuku Forest trying to navigate out of the jungle that is Lagos traffic, it must be the epitome of success for one to be able to put their feet up once they get home. And for others, it could be the added benefit of being able to allocate more time on their side-hustles that will inevitably maximise their potential.

On average, Nigerians spend 30 hours a week in traffic which obviously is a result of the dreadful transport infrastructure in the country. Nevertheless, thanks to Enegesi and his team, Eden’s solution is on the right path to alleviate the contributing stressors that are part and parcel of living in a metropolitan city like Lagos.

Though Enegesi has much to be currently proud of in his career, it would be a glaring omission for one to mention his name and skirt over his previous achievements as the co-founder of the £500m tech recruitment monolith that is Andela.

After earning his Computer Science and Business Bachelor’s degree from the University of Waterloo, Canada in 2013, he hopped on a plane the following year back to Nigeria. Once he landed, he became the director of learning and development, where his role was to oversee the recruitment and training of the junior software developers.

Even though it wasn’t his first foray in entrepreneurship, Enegesi says his experience at Andela made him realise the importance of, “doing something that is going to make a dent.”

One of the great things about business is that when you have the right people around you, you grow together. His fellow co-founders Jeremy Johnson, Christina Sass, Ian Carnevale, Brice Nkengsa and Iyinoluwa Aboyeji have all gone on to excel further in their individual ventures and more importantly, continue to be supportive of each other’s ventures.

Similar to how over in the US they have the well-known Paypal Mafia which consists of the Paypal co-founders, I think it’s safe to say that Nigeria also has replicated that same formation with Andela.

The years of experience that Enegesi and his co-founders have accumulated provides them with the increased advantage of succeeding in subsequent projects.

In talking to Enegesi there seemed to be an acknowledgement of the fortunate position of being able to secure such a significant role as an individual in his early twenties. “Someone who doesn’t have a privileged background and does not have that network cannot get access to that level of capital to get started.”

It is a very different outcome for most students in Nigeria today who come out of university with little to no job prospects.

And if that’s not enough stress, they have another (unnecessary, in my opinion) hurdle to overcome which is NYSC (National Youth Service Corps). This mandatory government programme to curb tribalism which was started in 1973 after Nigeria’s Civil War means that graduates must complete one year of service before they are then able to formally join the job market. During the graduate’s time as a civil servant, they earn a very low salary of ₦30,000 (£56) a month. And unless they studied medicine, a majority of graduates are assigned teaching positions irrespective of what they studied for their degree.

Probably the most public secret amongst corpers is that many a times students pay other corpers to sign the NYSC register on their behalf. This is to make it seem they have attended their post of duty so that they can receive their abysmal wages. Their living quarters are also known to be in subpar conditions. The obvious solution would be for students to gain skills that would maximise their potential on the job market. And even though we are seeing the simmering of a tech revolution in the country, Enegesi says, “every problem is an opportunity. We’re literally just in Chapter 1 as far as tech and ecosystem goes.”

As Africa’s youngest nation with an average age of 18 this is an issue that is dear and near to Enegesi’s heart. In 2018 he wrote a Medium post for Nigeria’s 58th Independence Day, where he said: “Our youth are talented and hardworking, but they are also disenchanted because our country has failed to provide them with the opportunities to convert their brilliance into a desirable quality of life.”

The difference between a child being educated or not should have nothing to with their parents’ bank balance. It is in the country’s best interests that their citizens are both educated and employed.

The depreciation of the Naira since 2016 has also been a catalyst of the current recession. In addition, the coronavirus pandemic has caused there to be a 14% rise in unemployment. The combination of these economic downturns makes employers reluctant to hire new candidates.

Many young people have lost faith in the ability of a country like Nigeria to operate on meritocracy when its past is tainted with nepotism and oil oligarchs painting corruption and monopoly as the gateway to riches. There’s no denying that Enegesi and other entrepreneurs like him have helped lay the foundation and script for other aspiring founders to follow.

A free market exists with the purpose of fostering innovation within a nation. And that is what Nigeria desperately needs.

In the last few years, Nigeria has seen an explosion of entrepreneurial endeavours amongst young people, including people from the diaspora who have returned to Nigeria to assist in stimulating the country’s economy.

The poor business infrastructure in the country is why many start-ups de’ end up with K leg. As it stands, 80% of businesses fail in their first year in Nigeria and it makes scaling a business hard. Simple things such as electricity and internet data, that people take advantage of in other parts of the world are a luxury here.

There seems to be a common theme with every entrepreneur that I interview which is their frustration with the government. For the life of them they (and I) cannot understand why Nigeria’s leaders are not more proactive about backing innovation. When I asked Nadayar what he thought the reasons could be, he was very mindful in the way he worded his response. “Maybe people don’t want to invest in a future they will not be a part of. […] It’s very tough for me to answer why it’s not happening when the reason it should be happening is so obvious.”

In 2019, Enegesi and his former colleagues had the opportunity to meet Twitter CEO and co-founder, Jack Dorsey and Facebook’s CEO and co-founder Mark Zuckerberg. The presence of Big Tech giants gives the external validation that the country needs in signalling to investors overseas the abundance of talented founders that are working on scalable and exciting solutions within the country.

The injection of capital from international investors begged the question if Nigeria as one of the main emerging markets within Africa alongside Kenya, Egypt and South Africa, could stand on its own two feet. Whilst discussing this I was more optimistic that Nigeria indeed can indeed do it on its own but Enegesi was of the contrary view. “When you look at all the start-ups in Nigeria, most of the funding comes from outside of the country. Nigerian wealth is not investing in Nigerian tech development so when Mark Zuckerberg comes here, when Jack Dorsey comes here it is a big deal and important to us because it puts us on the map to be able to attract more of that foreign money because the people here aren’t doing it anyway. […] There’s a global shift with technology and we have to be a part of the conversation.”

His Eden Life team are alumni of Village Global accelerator programme and have also been backed by Samurai Incubate Africa, a venture capital firm based in Japan.

Talking of other success stories within the start-up landscape in Nigeria, Paystack’s acquisition by Stripe in 2020 immediately came to mind. Their £145m acquisition was the biggest to come out of the country. Speaking of this, Enegesi said, “It is very, very, very, inspiring. We’re all very excited. We’re all energised. The energy has changed here.” This happening was a reminder for other aspiring Nigerian founders that things like this can happen on home soil.

As the interview drew to a close it was finally apparent to me that the easiest way one can know what to attribute Enegesi’s success to is by observing his thought process. He’s a very careful listener and deliberate communicator who was quick to correct when he felt I was misquoting him. (I didn’t mind!)

Simply stated, he’s an executive who executes. In his words, he “understands how systems work.” Essentially the bottom-line of any engineer. And so, with that in mind, it will come as no surprise if in a few years’ time there’s a TechCrunch article announcing Eden’s exit.

For now, we wait.