SPEAKING TO GOD IS HARD

Every single moment of our lives is a form of prayer. From the moment we are conceived, our souls are worshipping.

God demands that we be in constant fellowship with Him. He needs us to need Him – always.

Our prayer life is not a separate entity but wholly and fully the foundation of our lives.

Parents too also have that responsibility to pray for us. A parent's prayer is one of the biggest influence's of a child's life – no matter the age.

At this moment in time, I want to thank my mother for all the times she called me into her room to lay her hand on my head and pray for me. God knows what He was saying when He said, “Train up a child in the way he should go, And when he is old he will not depart from it.”
Proverbs 22:6 (NIV) 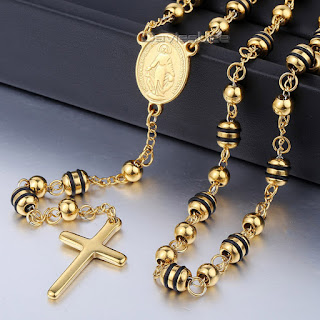 God said that because it's true, as we do grow up, our lives becomes more filled with responsibilities and obligations that push Him further and further to the back of our minds.


Until we start allowing the flesh to take over and we feel an aching emptiness that we solve to close with things that'll put us in a worser state and it's all because we've let the fire in us die.

I must say that probably one of the best feelings in this world is when you know someone is praying for you. Not something superficial like a hashtag like ''Pray for....”

Point blank - prayer is the most powerful weapon.

Out of all the different types of relationships in the world, the one that suffers the most is the one between the Creator and He's creatures – you and me.

It's sad to say that one can have a flourishing relationship with Lucifer without trying too hard.

We treat Jesus as the one we're having an illicit affair with. Many of us are ashamed to publicly say He's the One for us.

When your relationship with God blossoms, you have the privilege of getting insider knowledge from your Creator. He knows everything and we have direct access to Him. Why do we not acknowledge how amazing that is?

From when I was nine years old I went to a church called Mountain of Fire and Miracles Ministries which served to expand my knowledge of what was really going on spiritually in the world.

I get it - the simplest things, tend to be the hardest of things.

I can't lie, I struggle.

Sometimes when I'm in the throes of intense sadness, I know the Christian thing to do would be to read my Bible, pray to God but then that doesn't appeal to me. In those moments I want someone to talk back to me instead of silence that amplifies the loneliness.

But what the Holy Spirit has revealed to me is that praying is everything; our thoughts, actions, what we eat, our conversations, our relationships – everything is a prayer to God when you do it all to His Glory.

So whether you eat or drink or whatever you do, do it all for the glory of God.
1 Corinthians 10:31 (NIV)

One thing I respect and admire about Muslims is how uncompromising they are with their prayer life. Praying is built in them like a machine – and it never breaks down.

When someone says something offensive about their God, they take it personally. Whereas Christians hold very much passive attitudes but then again –
Do not take revenge, my dear friends, but leave room for God's wrath, for it is written: "It is mine to avenge; I will repay," says the Lord.
Romans 12:19 (NIV)

I'll give you an example of what happened on a recent night out with my close friend (if you're reading this, hello lambchop :-)) who is a Muslim. I had walked barefeet for most of the journey back home (my heels killed) and when we returned to her house I planned to wash my feet.

Cut the story short, as I made a step into her bedroom to go into her en-suite bathroom to grab my towel to wash my feet in the other bathroom, she immediately raised her voice in panic, “That's where I pray!”

I had immediately apologised, and it really made me respect that she wasn't going to compromise the sanctity of her prayer alter to accommodate a friend.

In many public places such as airports, stadiums, hospitals, there's usually 'Prayer Rooms' and I can  make a good bet that the people who use it the most are Muslim.

They make no play about their prayer.

And that's an important thing that us Christians need to take on board. One that a lot of us undermine, rather tragically too.

Praying is what you're doing right now. What many Christians are guilty of is “keeping in touch” with God from time to time – so that means when they have a new update in their life where there is an issue that has risen, they decide to reconect but that is not how it's supposed to go. We're supposed to talk to God at all times.

And not just talk unfeelingly but to actually have honest, deep conversations with Him. Tell Him how you feel. Tell Him you feel like shit. Tell Him you're pissed off.

And that is why Job is my favourite book in the Bible. Because it's reassuring for me as someone who feels like the end of a cigarette butt a lot of the times, in other words, burned, that My Father won't be mad at me for telling Him I'm mad at Him.

So if you haven't yet, talk to Him today. He's listening.

Enjoyed reading this and want more? Click on the links below:
Don't forget to click the thumbs up button!

Dear Fellow Man,   You don’t know who I am. You don’t see me as I walk past you on the way inside the supermarket. My hair is tangled...